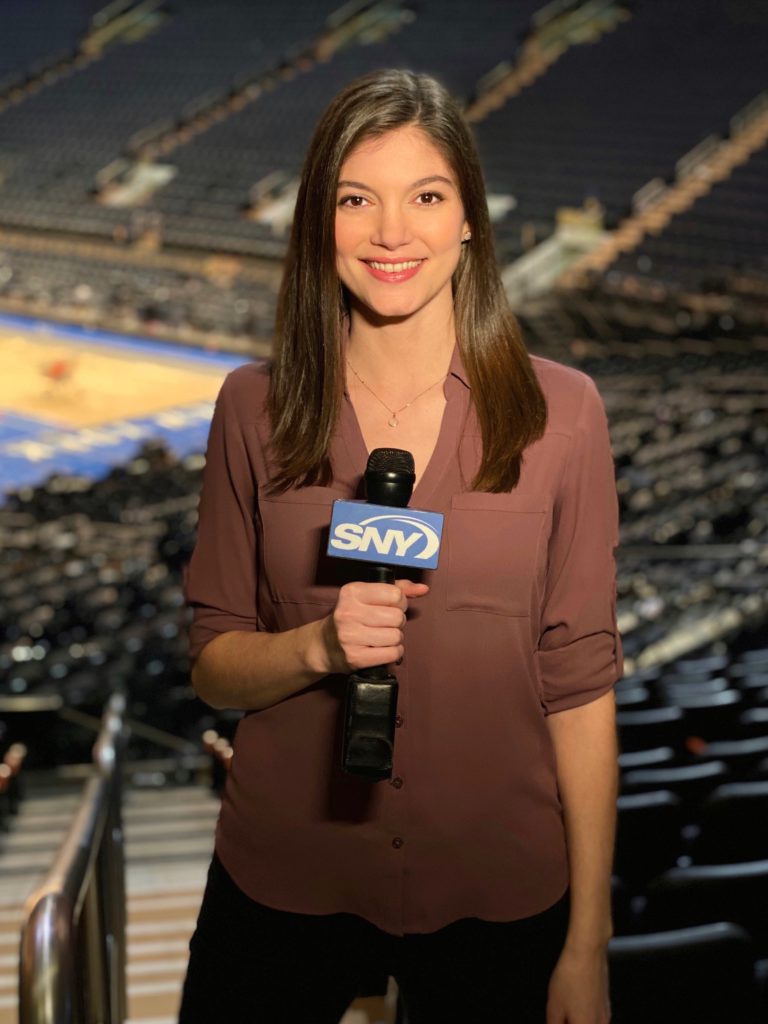 Maria Marino is a television reporter and host for SportsNet New York. She was first brought in as a contributor and soon became a regular, sharing her passionate takes across multiple studio shows, which allowed her to demonstrate both knowledge and personality. She then proved versatile, stepping in as an anchor, completing field assignments at pro games and practices, and handling sideline for college basketball broadcasts.

Currently Maria can be seen on The Thread at 5pm, Sports Nite at 11pm and Place Your Bets on Sunday mornings. She’s also the sideline reporter for UConn women’s basketball and host of the Geno Auriemma Show. Regardless of role or program, she contributes informed opinions and analysis to help accurately shape narrative in an entertaining way.

Prior to SNY, Maria was a host and analyst at FNTSY Sports Network, churning out daily digital content for FanDuel and the NBA/WNBA. She was also a panelist on the NFL pregame show, “Lineup Lock Live” and weekly prime-time show, “Foul Territory” featuring table discussions on sports and pop culture.

Additionally Maria worked as a national anchor for NBC Sports Radio and SiriusXM Radio, where she had weekly segments on channels like NBA Radio and Mad Dog Radio, and co-hosted shows on Fantasy Sports Radio. She conducted interviews of NBA and Olympic athletes, and covered the ACC men’s basketball tournament as well.